Web Design & Web Development: What Is The Difference? 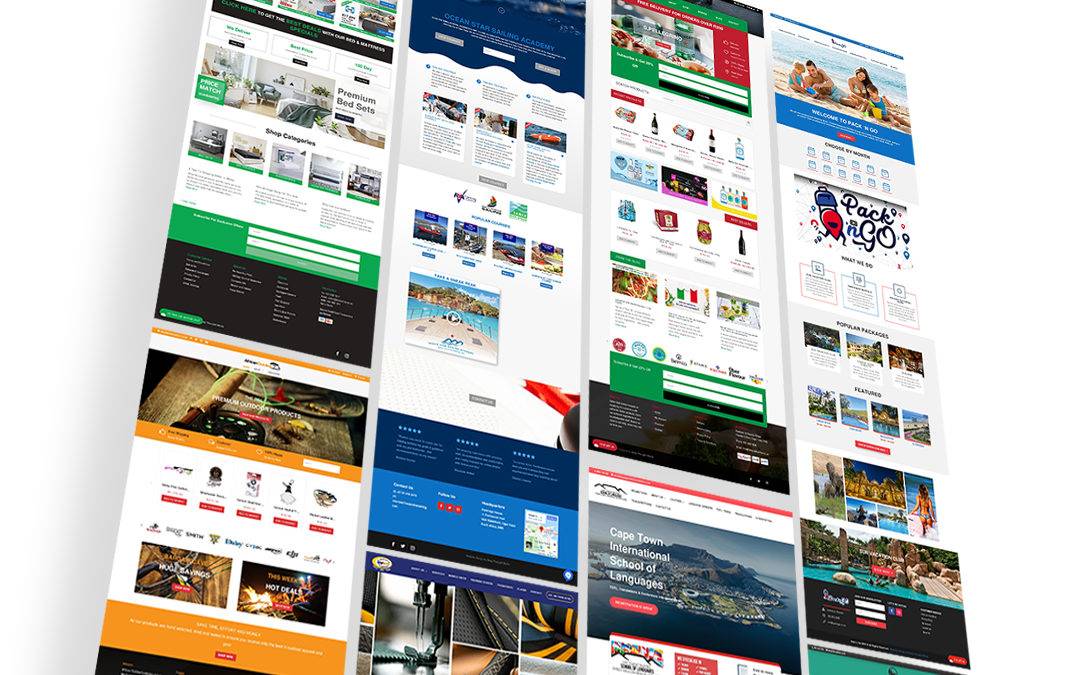 Web Design & Web Development: What is the Difference?

A Brief Look and the Development Process

So, you’re a South African entrepreneur wanting to take your business online or a blogger needing to share your ideas and experiences with the world…. What’s the next step? For starters, how about setting up a website.

Creating a website isn’t only about making attractive pages, it’s about considering your audience and shaping a digital information structure that not only caters to their needs but achieves business goals as well.

Working with a dedicated, passionate, team of people that understands the inner-workings of the production process, is therefore a vital part of achieving your online business goals.

Irrespective of who you are, knowing the basics of website development can be extremely helpful in this digital world. While building a state-of-the-art website may seem daunting, if you understand the process from beginning to end and the functions of the people involved, you’ll be off to a good start. So before we look at how a website is built, let’s establish what is a website exactly.

In a nutshell, websites are files kept on servers, which consequently, are computers that host sites. These servers are connected to a massive network called the internet otherwise known as the World Wide Web.

Websites are created and maintained to serve various functions and can be divided into two groups, static and interactive/dynamic. Interactive or dynamic sites allow interaction between the owner of the website and the user or customer visiting the website. Static sites serve or capture information but do not allow engagement with the audience or users directly.

Websites are accessible on a computer or mobile device via a web browser such as Chrome, Firefox, or Microsoft Edge. A site can be accessed directly by entering its Uniform Resource Locator (URL), informally termed a web address or by searching it on a search engine such as Google or Yahoo. A URL is a reference to a web resource that identifies the site location on a computer network and a tool for accessing it.

So now that you have a basic understanding of what a website is, let’s elaborate on two terminologies, web design and web development. For the most part, people in South Africa and globally, tend to use both terms interchangeably, but are they referring to the same thing? Let’s clarify where each term fits in the vast World Wide Web.

The term web design is generally used to describe the design practice regarding the front-end (client side) of a website i.e. the aesthetic portion of the site and its usability, rather than the back-end (software development side). Today however, web design goes beyond aesthetics and includes how things work. It is not only used for websites but also includes web applications, mobile apps, and user interface design.

Technically, web development is the broad terminology used to describe all aspects of planning, designing, building and maintaining a site, such as web design, web publishing, web programming, and database management. For the most part, there is a universal design process that is used in web development; With some variations, the process denotes the following guidelines:

In the same way that architects prepare blueprints for a building, two crucial tasks in this phase for any website, large or small, is to create –

The time has come to convert all the plans and designs onto the screen. During this step of the process, all video, audio, Flash animation, and graphics are prepared; which means that they are saved in a web-friendly format, compressed to speed up their response time on the web, named, and uploaded to the server. All content, programming and HTML work is also done, and the site comes together, ready to be tested.

Content writing for a project is generally divided into two functions which is either carried out by one or two people, namely –

So now that we have a basic understanding of what the terms front-end and back-end means, we will continue with the roles developers have.

Web developers, occasionally called programmers, engineers or coders, through the use of languages and software tools, take the plans and layouts provided and use coding to turn them into a live, functioning website. Let’s take a look at some the developers –

To be relevant, a website needs to be updated regularly.

Issues may crop up with your site and if ignored or left unnoticed it may result in downtime or a loss in revenue and time, not to mention the negative impression on your clients and potential clients. Ongoing maintenance will ensure that all issues are caught and fixed early so that your online business can run smoothly. Typically, sites manage all the maintenance through a content management system (CMS), which is built (or is customized from off-the-shelf software) in parallel to the main site.

This part of the process is so vey vital; it is important to remember that maintenance is ongoing.